Scott Needham began building an 8-figure Amazon FBA empire before he was 30 years old. With his two brothers in tow, he created BuyBoxer, an online store and brand management company. In only 7 years, they’ve expanded to hold the widest catalog of FBA products on Amazon. With more than 140 employees, the company’s main headquarters are still nestled in the small town of Logan, Utah. We sat down with Scott to ask how he scaled his company, his best advice for new sellers and how he’s dealt with the inevitable bumps along the way.

Tell us a little bit about the roots of BuyBoxer. How did you start?

We started out as a brick and mortar store, which was run by my brother in Logan, Utah. When I was finishing grad school at USC he was selling some of the store’s inventory on Amazon. He had technically been using Amazon as a revenue stream since 1999, but I saw that there was a huge amount of potential. Since my background is in computer science we decided to collaborate and let automation do what it does best -- reduce time and labor. This started us off on a great foot and allowed us to grow quite a bit right off the bat. In the first few years alone our catalog increased enormously. These days we have upwards of 400 partners and 5 million products sold annually -- I’m pretty sure we have the largest product selection of any storefront on Amazon.

What’s your best advice for sellers starting from scratch?

Be profitable from day one.

Don’t be afraid to start small. We sell wholesale products, but I often recommend starting with retail arbitrage because it teaches you the basics of how to sell something and make money off it. It allows you to be profitable from the get-go and is a fun way to identify what an opportunity looks like.

We did some retail arbitrage in our beginnings (buying from local stores and reselling). One of my first experiences with arbitrage was when a certain style of iPod was discontinued. The price on Amazon soared so I went to 5 different stores to buy them out and turn a huge profit. It’s all about finding the opportunities.

Also, scope out your niche. Look at tradeshows to find opportunities (you don’t even have to go to the tradeshow itself, just look at the list of brands who are attending). If you’re in a specific category segment, look at sellers within that segment and the type of products they’re selling. We’ve also scoped out a lot of suppliers just by looking at our competition, and I’m sure they’ve done the same to us.

Suppliers are the most important part of any wholesale business. What’s your strategy for landing wholesale accounts that stick?

We could talk about this for a long time. First off, wholesale is hard to break into even when you have capital. When we were approaching suppliers en mass a few years ago we would contact brands and avoid telling them exactly what we were doing, without outright lying. If they asked, we would just tell them we’re selling online. Things are a little different now. Many companies have their own Amazon strategies and their own internal teams. You have to figure out how you’re going to fit into their strategy.

Some companies don’t want to work with small sellers. Some want an army of wholesalers. The lower in the totem pole you go, the more likely they are to work with you, especially distributors who have huge catalogs of products. Just keep in mind, usually, when you’re working with a distributor you’re paying 5% on top of what the regular wholesale might be.

Despite this, we do pretty well with distributors. They are easier to manage relationship-wise to because they don’t care what you do with the product. They sometimes tell us they can’t let us sell certain products on Amazon, but they end up giving it to us anyway if we keep asking. There are ramifications to this, of course. In the long run, the brand itself may get upset and start filing complaints. It’s all about balancing the risk and reward.

In the end, developing relationships with suppliers is just hard work. You have to find them, vet the level of opportunity is it, and then make the approach. The most important part is explaining why you’re a value add.

Can you contribute to their product pages? Can you help them sell bundles? Some brands really pay attention to this approach because you’re growing the whole pie rather than just presenting yourself as another run-of-the-mill seller.

Last but not least, prepare to be rejected. There are some companies you’re just not going to mesh with. Let it go and move on.

What’s the biggest mistake you’ve made in your business and how did you recover?

I probably had a handful of mistakes that have collectively cost us hundreds of thousands of dollars. Most of them are pricing related. Once we sold a whole slew of $500 drones for $50 -- that was not a good day to look at our account. We have dealt with Amazon suspensions more than once, with some things being our responsibility and some things being Amazon’s fault.

Our biggest overall mistake was trying to go head to head against Amazon and sell the same products.

There are always scenarios that you can do it, but you start to think that you can all the time. As a whole, we’ve found time and time again that we do worse against them. Our gross margin is lower, even if the sale price is higher. It’s just not a good place to put your money. Their motivation is different; they don’t have to make money on each sale.

What’s the most critical turning point or decision made that allowed you to scale your business quickly?

First, using automation. We figured out every issue that slowed our workflow and implemented the technology to fix it. I would watch my brother and observe what he was spending time doing and/or struggling with. I would then figure out a way to bring that data inside and automate it.

When I first came on board, he was spending a huge amount of time working with long UPC price lists. The second month I was there, we created a program to run all of these UPCs against Amazon’s API.

Using that technology was the single most important thing we did (and still do every day).

Essentially we turn complicated problems into simple ones. We’re squeezing the most money out of the business we can by letting “robots” do most of the work.

Also, early on we decided to invest in people in order to invest in relationships. For us, this meant hiring a lot of people to exclusively communicate with suppliers. This was one of the major keys to our growth. I presume most Amazon sellers have one “key” they could turn to open up their time and possibilities.

For example, I have a cousin, who is a highly successful private label seller. I constantly see things he’s doing to create value for his business. He uses someone in China as a sourcer. Of course, he pays them, but the expertise they bring by having Chinese knowledge has allowed him to launch products more efficiently and profitably. This key-turning idea can apply to anyone in the eCommerce space. Constantly assess where you’re at and what can you build, use, and learn.

Scaling any e-commerce business requires the right tools. If you’re looking to scale your Amazon store through automation, check out ProfitGuru -- a free all-in-one software program that will help you find and vet products more efficiently. 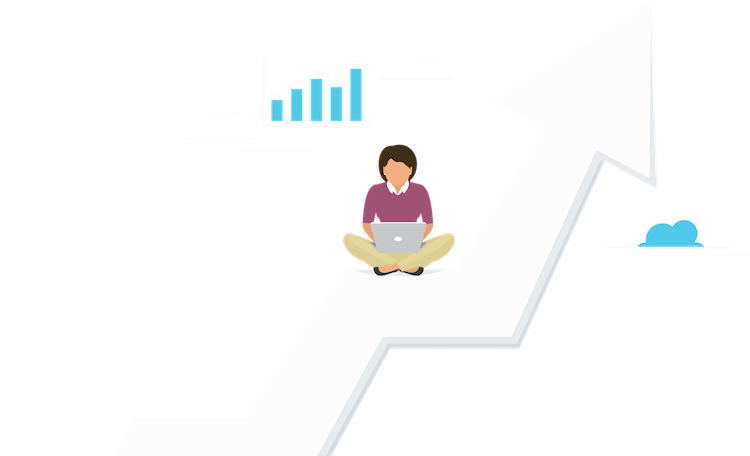